Rolling Back Into Bowling 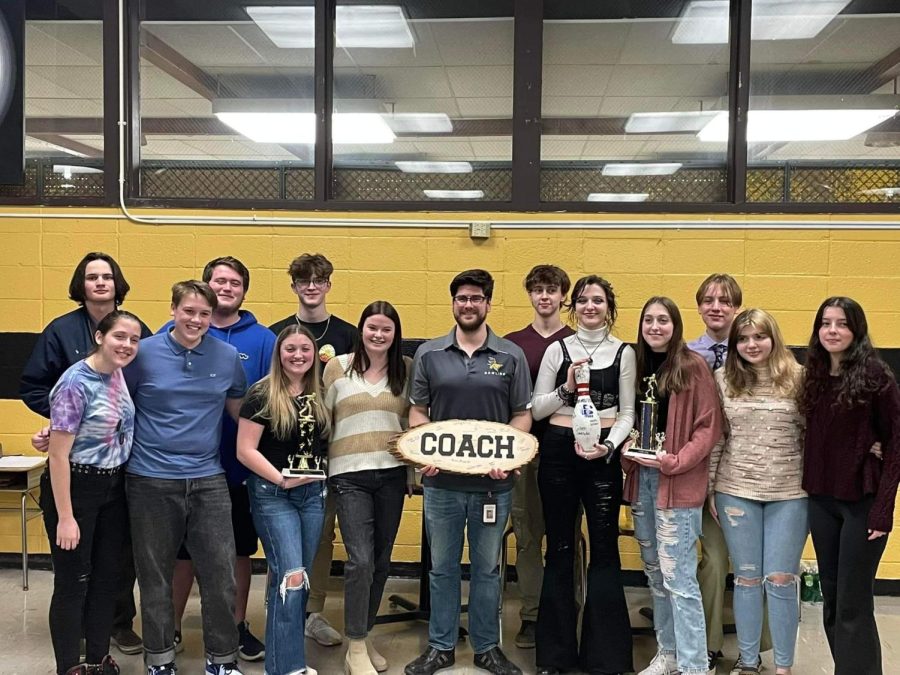 Coach Callie and the team

The bowling team had high hopes and expectations for the season even after losing two main bowlers last year in RJ Utter and Amanda Finke. New fresh-faced players were ready to step in, including the boys senior Captain, Collin Goldberg, senior Captain, Shane Yodice, junior, Mike Snyder, and sophomore, Mike McCloskey, along with Matt Strianse as an alternate bowler. The girls team consisted of senior Captain, Kallie Moore, junior, Cassidy Kunz, junior, Maxine Kunz, and Senior, Hayley Schmier. With a new coach, Mr.Callie’s son, Alex Callie, the Highlanders had an interesting start. As we rolled past the end of the season, the bowling team came away strong.

The boys started off the season with a win over Fairlawn, giving Coach Callie his first win as a coach.  After that, the team won the next six matches before losing to Bergen Catholic, sadly. After finishing 9-4 the boys ended up going to States, but, sadly, did not advance to the final round. The girls finished  9-4 as well, but sadly did not make it to states. State Individual competition featured qualifier Shane Yodice, who ended up placing 66 out of 100 bowlers in New Jersey.   The MVP on the boys team for the school year was Shane Yodice, Most Dedicated Bowler went to Colin Goldberg. The girl’s MVP was Kallie Moore and Most Dedicated was Cassidy Kunz. With strong juniors ready to take the lead, the team hopes for a great season next year.  Good luck to all our seniors in all they do in the future!  We will miss you!