“The Matrix Resurrections”: A Legacy Sequel That Does it Right 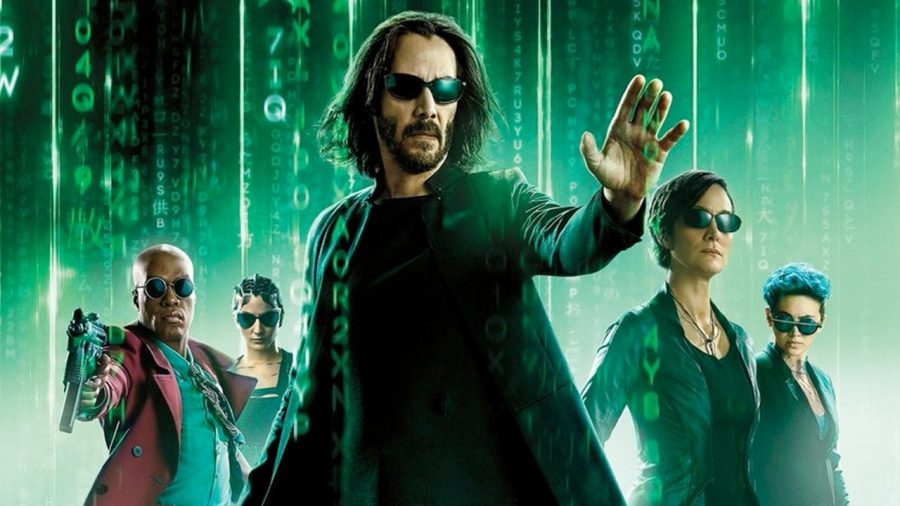 The concept of a “legacy sequel” has become a very popular trend in Hollywood in recent years. The basic idea behind it is to make a sequel to a well-established property from around 20 years ago, perhaps with the idea to make said property a full-fledged franchise. The latest in line for such a treatment is “The Matrix”, a landmark 1999 science fiction film starring Keanu Reeves, Carrie-Anne Moss, and Laurence Fishburne. Reeves stars as Neo, a computer hacker who is recruited into a rebellion against machines in the far future. The main battleground for this battle is fought in the Matrix, a simulated reality designed to keep humans in check. Neo’s mentor and recruiter in this world is Morpheus, played by Fishburne, Moss played Trinity, Neo’s love interest, and their enemy is Agent Smith (Hugo Weaving), a program in the Matrix installed by the machines. “The Matrix” changed the game in terms of staging action, special effects, and creating several new action tropes that are still prevalent today, such as the “bullet time” effect.

Initially, “The Matrix” was followed up by two sequels that were released six months apart in 2003: “The Matrix Reloaded” and “The Matrix Revolutions”. Both further pushed the envelope in terms of action and CGI, and while initial responses to them were that they were underwhelming, over time, many have warmed up to them, even if they aren’t as universally loved as the first. Despite completing its story, Warner Bros. looked to push for another movie for years, even if the Wachowski sisters, the writers/directors of the series, weren’t involved. However, after personal tragedy, Lana Wachowski decided to use her beloved characters as comfort, and agreed to do a fourth film. Released on December 22, 2021, “The Matrix Resurrections” centers on Neo living a normal life sixty years after the last film. However, he’s pulled out of the Matrix by a new group of rebels, as well as a new version of Morpheus (Yahya Abdul-Mateen II) to fight back against new programming, and save Trinity, who’s also trapped in the Matrix. Released simultaneously in theaters and HBO Max, it grossed $105.5 million, and the reviews have mostly been mixed.

Having just recently seen the other sequels before “The Matrix Resurrections”, I was very interested to see where it would go. What I found was a heartfelt experience that was both self-referential about its existence and loyal to its characters. For the fans of the original three’s innovative action, you’ll find that this one has more traditional choreography, but I didn’t really see that as an issue. The best thing I can say about Wachowski as a director here is that her vision is clear, and I think that precision in developing characters and balancing new and old themes overcomes any weaknesses of the action here. Keanu Reeves was always solid as Neo, and here he shows no difference, and while Trinity isn’t in a lot of this movie, Carrie-Anne Moss still manages to leave an impact before the credits roll. The new characters (or in some cases, new versions of old characters) were also great! Jessica Henwick is Bugs, a new rebel who helps Neo, and she does a great job! I wouldn’t mind more of her character if that’s a possibility. Yahya Abdul-Mateen’s version of Morpheus doesn’t replace Laurence Fishburne, but he’s very good, and is very good at taking the traditional character and making him his own. Finally, Neil Patrick Harris makes a villainous turn as the Analyst, the creator of this new Matrix, and does so in a very memorable fashion!

“The Matrix Resurrections” begins in a sort of odd way, as much of the first act focuses on Neo in the Matrix experiencing visions of his past life. It is here that Wachowski begins to introduce a sort of meta-theme about why this movie exists. It is absolutely on the nose at times, but most of the time, I found it rather thoughtful. Why continue this story? It touches on different interpretations of the franchise itself, and then shows us what this franchise is all about. While this is happening, Wachowski also balances the older philosophies of her past films, and imbues them with modern updates to fit the 2020’s (and thus, the updated “Matrix”). Rarely have I been impressed with a director who could handle this much ambition, and pull it off really well.

Overall, “The Matrix Resurrections” may not be my favorite of the series, but I feel like some of the people who don’t feel it lived up to the hype need to reexamine the reasons why they love the series (or at least the first film). As I said, fans of the action and spectacle the series once provided may be disappointed, but I think people who like the story will find that this sequel works really well as a sort of epilogue to an overall solid series of movies. It’s a blockbuster that has the guts to challenge its audience in a way most of these movies don’t, and it succeeds in not being pretentious about it. Overall, I feel it’s an interesting experience, and one of the better films to segue into the New Year!