NFTs contribute to the death of art 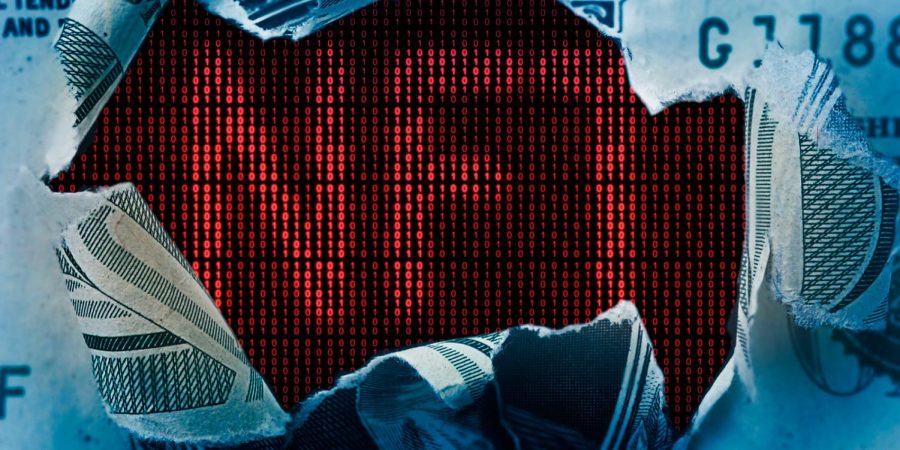 The trend of fully virtual currency has been on the rise since the creation of “Bitcoin” twelve years ago. While nearly everyone has heard of Cryptocurrency, and the variants that have spawned from it thereafter, few really understand the system and how to work it. The more tech-savvy among us understand the ins and outs of where to buy, when, and how to utilize this powerful tool. Like it or not, Bitcoin and Ethereum have worked their way into society, and it seems as though far more dangerous things are coming in behind them. Recently, a new offspring of Cryptocurrency has taken off and gained media attention. “NFT”s, or Non-Fungible Tokens, have become widely popular in the past few months.

The tokens are represented by digital artworks, stored on “blockchains”. These blockchains, or digital records of bitcoin transactions, are contained in powerful computers around the world. Imagine if you bought the Mona Lisa, and the only thing that you had to show for it was a receipt, with the actual painting still locked away in a museum; this is the common analogy made to explain what exactly the process of having and owning an NFT is like.

Until a few months ago, NFTs were merely a part of the Bitcoin blockchain. Crypto users have especially attached to the concept due to the scarcity of the products; NFTs are limited, unlike other currencies such as Bitcoin or Ethereum, whose quantity is far less scant. Creators of these “artworks” can choose to produce and sell as many or as few as they wish. Newer and casual investors of crypto enjoy NFTs because they attach a more physical representation to the product than they would otherwise get, despite not really having a physical copy. Unlike Bitcoin, it is something that they can look at.

My main issue with the system began with NFTs effect on the environment. Art was one of the only mediums of human enjoyment that had not, until this point, been overly detrimental to the environment. The computers that run Crypto blockchains are incredibly powerful, and are constantly running. The blockchain of Ethereum, where NFTs are stored, needs to be up and running 24/7, every day of the year. According to Wired, French Artist Joanie Lemercier’s first NFTs sold within seconds after their release, and the transaction consumed 8.7 megawatt-hours of energy. The researcher who discovered this statistic noted that that much energy is used in two years in his own studio. Additionally, each time the NFTs are sold, a similar amount of energy is used up. The carbon emissions produced from each NFT is clearly bad on its own, but it is only worsened considering the amount of NFTs that are being made, released, and sold daily. To illustrate the effect that this has on the economy, the average American house uses only 90% of that energy in an entire year. Considering that these collections have thousands of NFTS in stock, thousands upon thousands of homes’ energy supply is used each year for transactions that are purely online, and provide no real benefit to the world.

As the popularity of NFTS began to balloon, professional artists began to speak up about the social effect of the tokens in their line of work, and it became something that hastened my ill will towards the tokens. The most popular lines of NFTS, such as the “Bored Ape Yacht Club” collection, which has over 10,000 different images in stock, are made in bulk and feature the same character with different accessories. Digital artists may indeed find a better way to get their work seen through the production of NFTS, if they are willing to make the environmental sacrifice for exposure, but what about the artists that only create traditionally? Those who excuse the clear issues with NFTS by saying that they’re promoting art are sorely mistaken — very few artists have put their hat in the ring of the crypto world. In fact, many of the people who are engaging in the market are doing it for publicity and money.

A number of celebrities, namely Ozzy Osbourne, Shawn Mendes, and most recently, Liam Payne, have started releasing their own lines of NFTS, which are selling for thousands of dollars each. The added exposure that will come from celebrities and influencers will urge fans to buy a piece that was “specially made for them” (at least, that is how they’re marketed), contributing to the various detrimental effects on the energy supply. Although it is pure speculation at this time, the uprising in cryptocurrency could create major issues for new investors, and perhaps, in turn, the economy as a whole. The influence and popularity of these tokens as a status symbol is continuing to grow as they become more mainstream.

I would not have an issue with this innovation if it wasn’t moving us backwards, environmentally. The social factor is something to be expected considering how quickly progress and change are made in the digital age. In general, the reckless energy waste that comes alongside products is something that should not be ignored, and the NFT issue has brought that issue to the light.