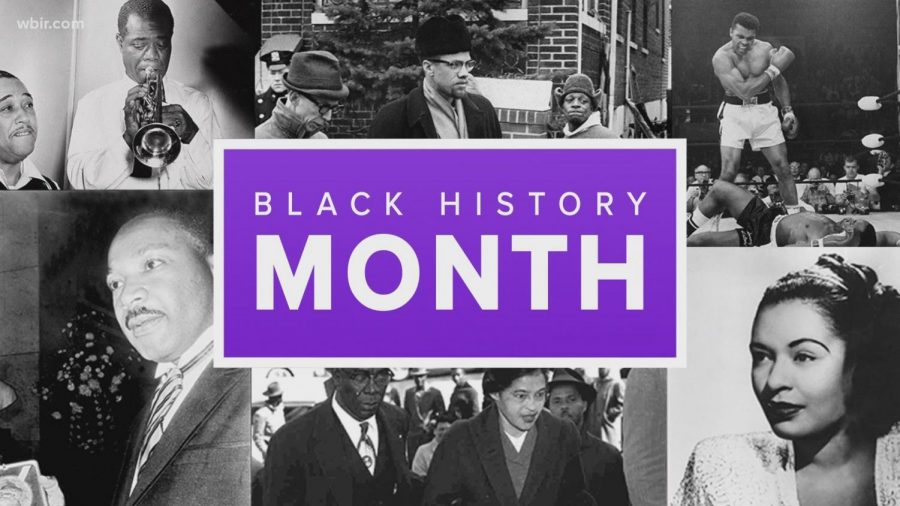 With the rise of racial awareness and the need for media and big corporations to appear inclusive, Black History Month has become a way for certain companies to highlight diversity and honor history that is often overlooked. February has become that month and is designated to celebrating the Civil Rights movement and other landmark parts of American history involving Black Americans.

Black History Month started when historian Carter G. Woodson declared “Negro History Week”. Woodson, a Harvard-taught man known as the bold “Father of Black History”. Woodson proposed the idea of this honorary week in response to those who believed black history was not prominent enough in history education. Starting on February 26, 1926, Woodson made sure the week was celebrated as much as possible, and his efforts were met with a decent amount of academic support.

Since then, Woodson’s tradition has grown. His organization, Association for the Study of African American Life and History (ASALH), has sought proper recognition for his work. Woodson’s work to dedicate a week focusing on black history has continued, but Noelle Trent, the Director of Interpretation at the ASALH, believes Black History Month is a “starting point” for larger incorporation of black history in education and conversations. Why is the education on this topic limited to one month? African Americans have played, and continue to play, key roles in the formation of our history and society.  The effort put forth in February should be a year-round expectation.

A bill introduced in March of 2020, called the Amistad Bill, directs “….among other things…the Department of Education to assist the commission in developing curriculum guidelines regarding slavery and African-American history, distributing educational information and materials to school districts, and monitoring the inclusion of the materials and curricula in the State’s educational system” (https://www.njleg.state.nj.us/2020/Bills/A4000/3601_I1.HTM).

The Bill was passed under the Department of Education, heavily sponsored by Assemblywoman Angela McKnight who said, “Our children will learn about Black history and not just being a slave…”. She fought hard for this bill to be passed and be placed under the Amistad Law. With the numerous protests and calls for reform this summer, many lawmakers are pushing for this type of legislation to enact proper systemic change, this bill is a step in the right direction for New Jersey.

Black history is simply American history and it should be seen as just that. At West Milford High School history teacher Mrs. Cheryl Botsolas said, “I think across all the curriculums and grades there should be black history taught” and she believes the Amistad Law is useful in stressing black history all year long, besides just during February or when discussing the Civil Rights Movement. Botsolas also suggests for WMHS to use the resources from Kean University’s Diversity Council to better diversify the teaching of black history.

Thus far, there has been more emphasis on Black History during February, especially from big corporations. Companies like Capital One, Google, and Coca-Cola took initiative through highlighting black icons in history who should be recognized and also recognized their own black employees. While this positive recognition is beneficial, why is it being limited to just one month? White historical figures and events have become broad and well-known. Even white icons with questionable actions and shady pasts are well-known and celebrated. For example, statues of Christopher Columbus have been erected all over the nation regardless of his controversial actions and morals. “Yet many Americans couldn’t tell you who Frederick Douglass was or name any other Civil Rights Leaders besides Martin Luther King. Examples like these emphasize the lack of recognition and education black history receives beyond February. Those same corporations that preached the importance of inclusivity and diverse education stopped their promotion of black history as soon as February was over.

Moving forward, schools can do their part and provide proper education, individuals can spend more time and energy educating themselves and remember that black history is American History. For more information check out some of these resources: