Girls Volleyball struggles in their season 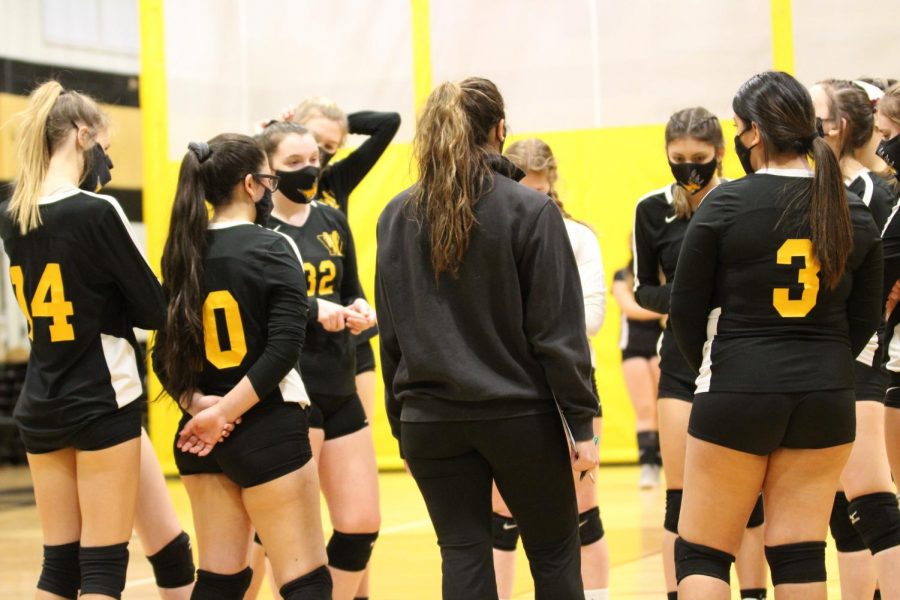 Madison Sondermeyer, Out and About

Girls Volleyball started off with a bang with their first game on March 16, 2021, both Varsity and JV won. Both teams practiced hard and played even harder. Other schools definitely put up a fight; they played Wayne Hills, Depaul, Fairlawn, Wayne Valley, PCTI, Passaic, and rival school Lakeland where Varsity lost, but they went into a 3 sets for the tie breaker, and JV won.

The captains on varsity were Rory McCormick and Caitlyn McNally.  They put in a lot of hard work to keep the team pumped and positive and told them not to give up but told them to keep pushing. They will be very missed as they have been some of the nicest and hard working captions.

On the varsity team, Caitlyn McNally was the libero so she got the first ball over the net, then she is to pass it over to Anna DelColliano or Olivia Arciniega, who are fantastic setters. Then it is their job to set the ball up high and call a name of one of the front row players so that person can spike, usually Rory or Sam since they are the strongest hitters. These two ladies really do make all the difference, because when they get the chance, they destroy the other team with their powerful spikes.

After a short season and multiple schedule changes, the girls still pushed through and tried their hardest. Varsity did go to states, where sadly, they lost in the first game, however they put up a good fight. As for the season, JVs final record was 7-7 and Varsity ended the year with a 4-10 record.

We wish the seniors good luck at college and the best in life; they will be missed tremendously. As for the remaining girls on the team, their next season isn’t far away. August is when Volleyball starts back up, and anyone who is interested should try out– 100%! August is only four months away, so let’s hope the girls are ready. The boys volleyball season has just begun, and they are looking pretty good! We wish them good luck with their season!

The rest of the team includes: