The issue with American portion sizes 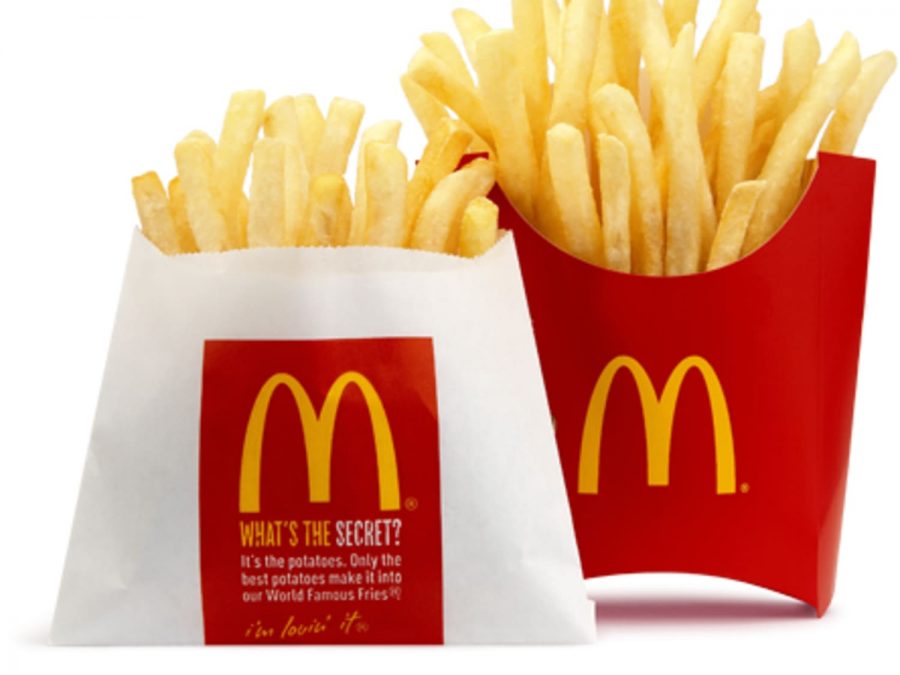 Many causes could be attributed to America’s major issue with obesity; processed foods, toxic diet culture, and a seemingly endless sea of fast food restaurants nationwide are popular targets on which the blame has been pinned. While this massive problem may not have such a clear cut solution, a major factor at its root has been consistently overlooked — and it’s becoming worse with time. It is a factor by which nearly anybody outside of the country is appalled when they visit here, though Americans tend to turn a blind eye to it. That issue is America’s shocking portion sizes.

What exactly is the problem with our portion sizes, though? Take a look at a standard McDonald’s meal from the United States versus one from the United Kingdom. A side-by-side comparison will make it obvious that Americans are far more generous with their food, though that isn’t necessarily a positive thing. What immediately stands out is the 50 calorie difference between the two Big Macs, one of the most popular menu items. In addition to this, each nutritional value is different between the two; carbs, trans fat, sugar, and sodium are all higher in the American version. The most clear difference, though, between the two meals, is the size of the drink. The American “large” is a staggering 30 ounces, while its far more reasonable UK counterpart stands at merely 500ml, or just under 17 ounces. Other fast food joints take drink size to a new extreme — the large drink at Burger King is an unbelievable 40 ounces.

See the drastic rates of obesity in America — around 42.4% of Americans are classified as obese according to the CDC. This is one of the highest obesity rates in the world, and it’s rooted in the uniquely American lack of regard for serving sizes. In comparison, the average percent of citizens that are classified as obese in European countries lies within the mid-20s.

American fast food restaurants perpetuate a particularly damaging theory that “bigger is better”. Chains like Wendy’s, Burger King, or McDonald’s commonly add items to their menus, sticking on some sort of suffix at the end to signify how much bigger they are. For example, McDonald’s recently reintroduced “Grand Big Mac”, a larger version of the ever-popular Big Mac Meal. Many Americans celebrated upon the announcement of the newly reintroduced meal, seemingly cheering at the increase in food, and not noticing that what they’re ordering is the same meal they’ve always been getting with added calories. The consistent praise given to larger portion sizes is training Americans into believing that they’re the better option. That way, companies can make more money selling the large option, and the consumers will buy it, thinking that they’re getting the better deal.

This produces a domino effect, with Americans ultimately falling victim to companies whose first priority is not the health of the customer. Fast food is a quick fix to many Americans in a rush, and is sometimes the only option to those living in poverty. The most popular chains recognize this and capitalize off of it. Don’t be fooled; chains might offer healthy options to customers who do not closely examine what they’re really eating. The meals that are most widely regarded as healthy, like the Egg McMuffin, can still contain surprising amounts of things we wouldn’t assume. The Egg McMuffin, for example, contains 83% of the recommended daily value of cholesterol you should be having every day, despite being hailed as the one of the absolute best choices for health-conscious visitors; and considering that that’s a breakfast item, someone who orders the Egg McMuffin every day will likely consume more than the recommended amount of cholesterol daily, which is incredibly unhealthy and can cause issues as serious as clogged arteries. Salads are another recent addition to fast food menus, and are often advertised as healthy choices. A closer look shows that the dressing and toppings, usually bacon and cheese, create a less than nutritious choice for an on-the-go meal.

Fast food chains aren’t the only places in America that provide far too much food, though. Go to any local diner or casual restaurant, and a lot of the time you’ll find that you have been given far too much food to eat in one sitting. Perhaps it’s so normalized here that it is no longer noticeable, but those massive servings tend to widen the eyes of foreign tourists; it makes you wonder if it should be a point of concern to those of us living in the States.