St. Patrick’s Day: what’s it about? 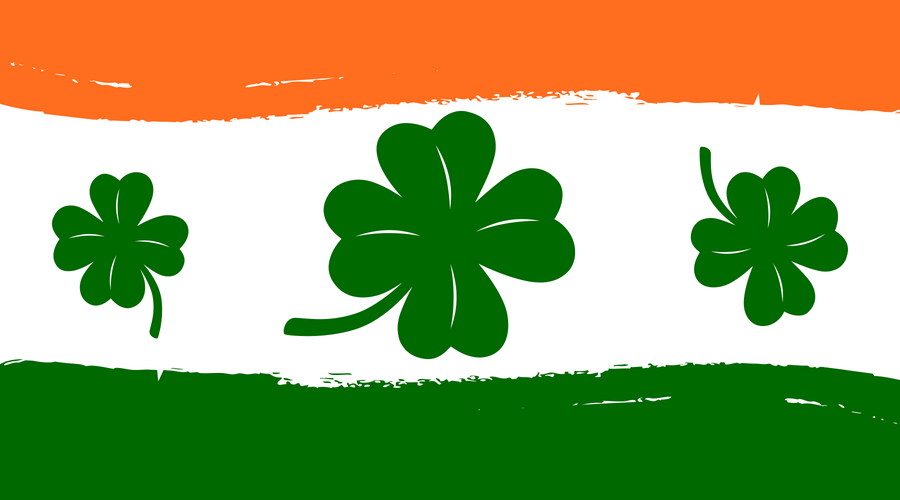 The month of March is scant with holidays and historical celebrations, but every March 17th, people observe St. Patrick’s Day. While most notable as a celebration of Irish culture, it’s also a religious day for the Catholic community, celebrated with church services and a feast of some kind. The origins of this holiday and its imagery are quite fascinating, so here is a brief overview about what St. Patrick’s Day encompasses, and the background behind some of the most famous foods and images associated with it!

The holiday gains its name from, fittingly enough, St. Patrick, the Catholic patron saint of Ireland. As a young child, he was born in Britain and then taken to Ireland to be a slave at age 16. He would go on to escape from slavery and Ireland all together, but then came back to convert Irish citizens to Catholicism. The commonly agreed date of his death is March 17, 651 (AD), so that was the day that became recognized as his feast day. While initially a religious celebration, it was the Irish immigrants who came to America in the 1700s that made it into a more accessible, secular holiday. Since then, St. Patrick’s Day has become known for some somewhat excessive revelry, but also good times with friends and family, and some good Irish cooking for the meals.

Traditional staples of Irish food for St. Patrick’s Day includes corned beef, cabbage and potatoes for the main meal. Corned beef is a slab of brisket that is cured (preserved) in salt and a few other spices. It is this cure and rub that gives it a distinguished flavor. Cabbage and potatoes have remained traditional Irish fare for many, many years and are quite versatile ingredients to use in any way one sees fit. Additionally, rye bread is offered as a sort of side with the meal, and can also be used creatively for sandwiches at meal time (highly recommended!). For dessert, Irish soda bread is rather popular! Traditionally, soda bread is cooked on a griddle and uses softer flour for a slightly different consistency. Raisins are added to add a bit of sweetness to cap off the feast. And, for theadults 21 and over, beer goes hand-in-hand with celebration, and the famous Guinness brewery has made substantial money with its varied list of beers.

There are many symbols associated with St. Patrick’s Day. Perhaps the most iconic are three-leaf and four-leaf clovers. The three-leaf clover, also called a shamrock, was used by St. Patrick to teach people about the Holy Trinity (the Father, the Son, and the Holy Spirit) using the three leaves. For people who aren’t as religious, the leaves can also symbolize faith, hope, and luck. It’s an iconic symbol of the holiday and of Ireland, and some even wear them for St. Patrick’s Day celebrations! The four-leaf clover is a rare variation of the clover with an extra leaf. It’s a common sign associated with good luck, and has been used as a symbol for Ireland as well.

There are also the images of leprechauns and pots of gold that are associated with the holiday. Leprechauns are supernatural creatures who wear green and perform mischievous pranks on people. They also guard pots of gold, which are found at the end of the rainbow according to folklore. Popular examples of leprechauns nowadays include Lucky, the mascot for “Lucky Charms” and the “Leprechaun” horror film franchise that began in the 1990s that initially starred Warwick Davis as a demonic version of the Irish creature.

There are various ways St. Patrick’s Day is celebrated across the U.S. and in Ireland. Stateside, there are many parades, one of the most notable being in New York City! Beginning in 1762, New York’s parade now marches up 5th Avenue to 79th Street and past St. Patrick’s Cathedral. Multiple bands are involved, including our own Highlander Marching Band! In Chicago, they also dye the river green for the day, and have been doing it since 1962. It takes 100 pounds of dye to complete the job, and the river stays green for about a week. Some have wondered what effects the dye might have on the environment, but the people in charge maintain it’s a vegetable-based dye (which is non-toxic), and environmentalists agree, so the tradition has remained unchanged.

In Ireland, however, the celebrations rarely, if ever, reach the heights of river dying. The most notable thing that takes place over there are live sports, which draw huge crowds. The All Ireland Club Championships take place on the 17th for sports like hurling and gaelic football. There’s also a 6 Nations Rugby tournament that takes place then as well, which includes the nations of Ireland, Wales, Scotland, France, Italy, and England. There’s also some parades and carnivals, and the city of Dublin really kicks things up a notch. In addition to a parade, there are live concerts and dances featuring traditional Irish music and a 5k road race that draw tons of people.

Of course, with COVID-19 affecting everyone in the world right now, I’m sure that many of these traditions and events will have to adapt due to new guidelines and adjust to ensure safety. While they may not be as grand as they were before, it seems that there will be a way to continue on to celebrate this Irish holiday. I wish you all a happy St. Patrick’s Day!