The history of loved holiday: Halloween

Madison Sondermeyer, Out and About

Halloween is definitely one of the most celebrated holidays in America. However, a lot of people don’t know how Halloween became a holiday. Here are some fun facts about how Halloween came to be. Every year on October 31st people dressed up in costumes not out of fun, but out of fear. They dressed up as scary creatures to blend in with the spirits and to hide from ghosts. Jack-o-lanterns were originally carved from turnips and not pumpkins. The article (click here)  tells how these fun traditions came to be; “In a traditional Celtic story, a man named Jack tricked the Devil, so after Jack died the Devil made him roam the night with only a burning coal to light his way. Jack put the piece of coal in a carved-out turnip, a common vegetable there, and became known as Jack of the Lantern. Irish and Scottish people would carve their own versions of Jack’s lantern with scary faces and place them near windows or doors to frighten away Jack or other evil spirits. When immigrants brought the tradition to America, the native pumpkin was more available than turnips, and today’s jack-o-lanterns were born.”

Another story from the same article goes on to tell the History of Halloween in a different way. On the evening of October 31st young Scottish girls hang wet sheets in the front of the fire place to watch as shapes form to tell a story of what their future holds and what their husbands look like. Young women would also peel an apple usually around midnight on Halloween night. They take one strip and throw it over their shoulder. The strip of apple they toss is possibly supposed to land and form a shape. That shape then is supposed to stand for the first letter of their future husband’s name.

In colonial America, Halloween’s bobbing for apples was a fortune-telling game: the first person to get the apple without using his or her hands would be the first to marry. People also used to bake Halloween cakes with a ring and a thimble inside. Get the slice with the ring and you would be married within the year. The thimble? You’d be unlucky in love. 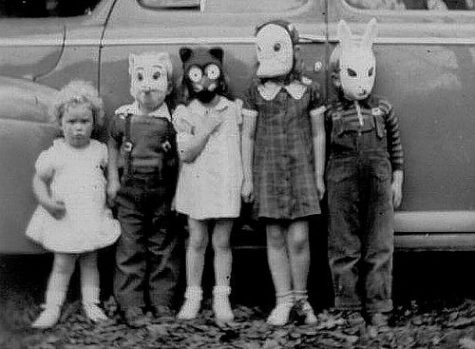 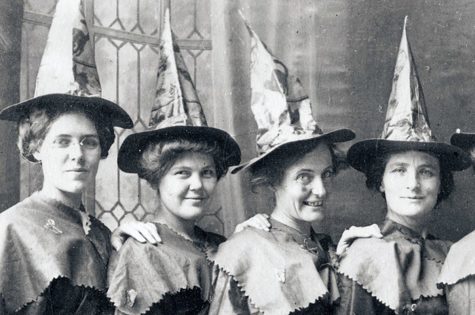