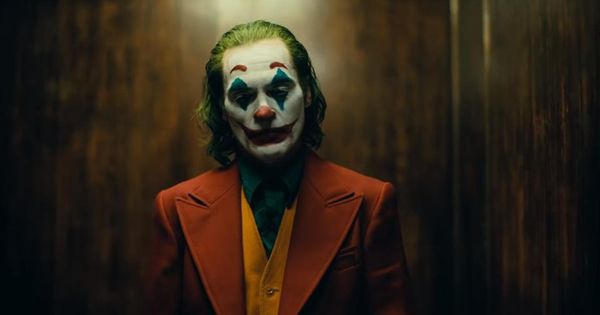 Above: Phoenix as The Joker. Photo Courtesy: Forbes.com.

Prior to the “Joker” movie, there were many underlying questions critics had about the film. How would the character stand without his foe Batman? Was an “R” rated movie appropriate for a character who is on children’s pajamas? Was the gun violence appropriate with all of the gun control issues in the United States right now? Despite all the questions and controversy, director Todd Phillips put together an excellent film that may be the best of the year, that, as of October 29, has surpassed 850 million in worldwide box office, making it the highest grossing “R” rated movie of all time.
The first part of the movie that was phenomenal was Phoenix’s portrayal of Arthur Fleck/ Joker. There were many portrayals of the Joker character prior to Joaquin Phoenix, many good and few bad. Many people view the greatest live action Joker as Heath Ledger, who put on a once in a lifetime performance in “The Dark Knight”. His acting in the film left many in awe after the film. Other actors who performed well in the role are Jack Nicholson and Cesar Romero. The Joker prior to Phoenix is viewed by most as the worst, is that of Jared Leto in “Suicide Squad”. His character just did not have the personality or looks of the Joker. After so many takes on this iconic character, there was a lot of pressure on Phoenix. Despite this, Phoenix put on a Oscar-worthy performance of his own. He captures all of the essential qualities of the character: unpredictably, insanity, lack of remorse, and cruelty.
Phoenix perfectly captured Flecks trip to insanity. He started out as a lower-class man with neurological defects, such as pseudobulbar affect (uncontrollable laughter) and schizophrenia, who is trying to make a living. However, as the movie continued and the bad things piled up-getting jumped in an alleyway, being fired from his job and humiliated on national television. The audience can see Arthur slowly starting to collapse and becoming less remorseful for his crimes.
**Plot spoilers ahead!!! The supporting characters in the film were great as well. The most notable character was Murray Franklin, played by Robert DeNiro, a comedy show host who Arthur watches. DeNiro really got into his character and in his final confrontation with Joker, he truly looked terrified right before Joker killed him. Zazie Beetz also portrays Sophie Dumond wonderfully. Sophie is Arthur’s neighbor, who Beetz captures with great personality. Beetz made her character likeable, as many people could relate to a single mother struggling to get by, which made her character one of the audience favorites.
The story-telling throughout the film was great, with many plot-twists throughout. First, the directors threw a curve ball when Joker’s mother revealed that Joker’s father was Thomas Wayne, Batman’s father. Another plot twist comes with the revelation that Thomas was not Arthur’s father, but instead he was adopted when he was very young by his mother Penny. Penny also allowed her past boyfriends to torture Arthur by electrocuting him, possibly leading to all of his mental health problems
Another aspect of the story-telling that made this movie great was it showed how sometimes the “bad guy” could be doing a “good thing” in his mind. Arthur felt that killing the three rich men who were attacking him on the train was him doing the right thing in his mind. He felt as if the rich were doing the poor wrong (which they might have been) and killing them was right. It makes the viewer think about how the rich oppress the poor, wondering if the poor having a right to kill.
The best part of the movie were scenes that left the audience wondering, “what just happened?” Arthur was a very unreliable narrator throughout the story, and many of the things he told the audience were made up in his schizophrenic mind, starting with his appearance on the Murray Franklin show. He imagined that he was called on stage with Murray, hugging him and complimenting him. However, that never happened. He did not meet Murray until much later in the movie when Murray invited him on his show.
Another example of Arthur’s unreliable narration was his made up relationship with the single mother down the hall, Sophie. He imagined going on dates and having a full on relationship with Sophie. However, they only met twice, once on an elevator where he started the made-up relationship. The other time was the last time the viewers saw Sophie on screen. This was when the audience realized the relationship was fabricated in Arthur’s mind, as Sophie had no clue who Arthur was. Despite never being seen on screen, many believe Arthur killed Sophie off-screen after this encounter due to the flashing ambulance lights the scene after.
The ending exemplifies the unreliable story-telling of Arthur to the fullest. After the riot Joker created by killing Murray Franklin, it showed Arthur in a mental facility. He was talking to a woman for a little bit, and then he started to laugh. Then, the scene cuts to a picture of a young Batman standing over his parents’ dead bodies, killed by the Joker rioters. Then the scene cuts back again and he says it was a joke, leading people to wonder while leaving the theater, were the events that had just unfolded throughout the film before us all real, or were they just in Arthur’s imagination?
Despite there being no certainty of a sequel, this movie will forever go down as one of the greatest comic book movies of all time. From the acting to the story, everything was great. In a year of many great comic book movies, “Joker” seemed to be the best of them all.