Bomb scares are a bother 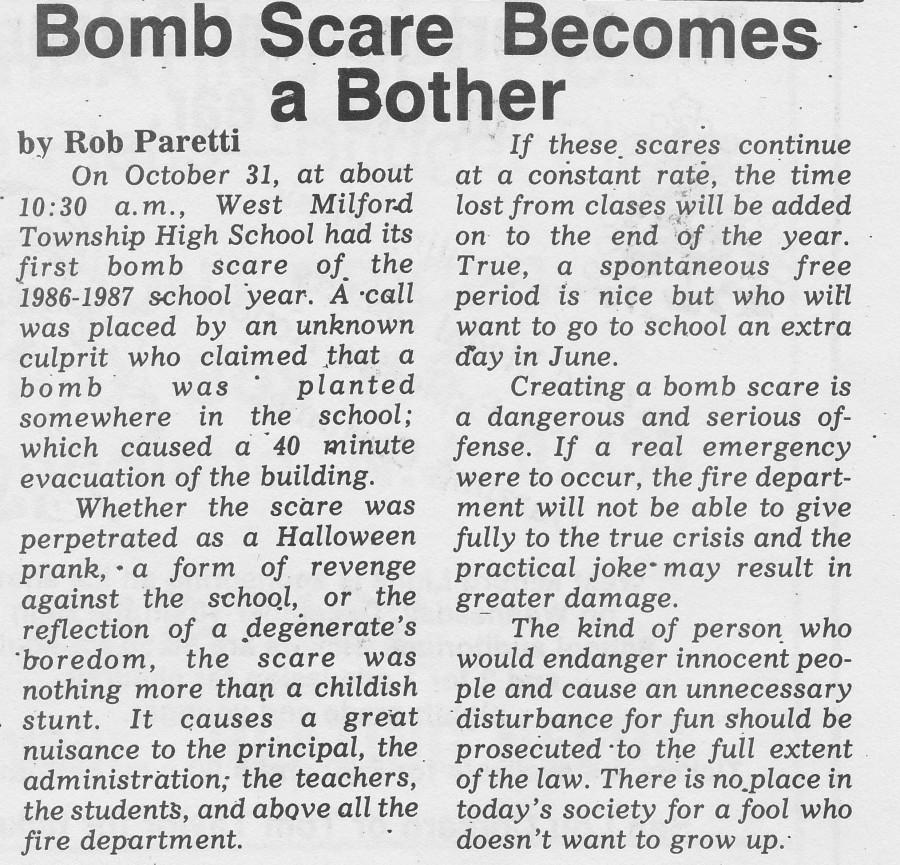 At approximately 8:45 am on Friday October 2nd, school officials found a bomb threat scrawled onto the wall of the boys bathroom.
The teachers rushed to alert the students, running down the halls and blowing whistles — ordering students to “Get out!” The students paraded out of the school in a state of controlled urgency, and thankfully, everyone evacuated the high school safely.
For the next two hours, the students were required to wait in the auditorium and cafeteria of Macopin, and the all-purpose room of Westbrook, all while armed police officers surround the premises.
Thankfully, the scare was merely a threat, and nobody was injured. The most damage the threat had done was to cut out a few hours of class time.
Many may think of bomb threats as a fairly new phenomenon. In general, we associate terroristic threats with 9/11. It’s easy to think of September 11th as the place that our fear of terrorism begins, but bomb threats have been a problem for many, many, years. The article below comes from a November 1986 edition of “The Highland Echo”.
The article details a bomb scare on Halloween of that year. Students were evactuated for 40 minutes, and it was suspected the call was a prank, sent in to disrupt the school. The author worries that if spontaneous bomb threats like these become more prevelant, extra school days could be added to the end of the year.